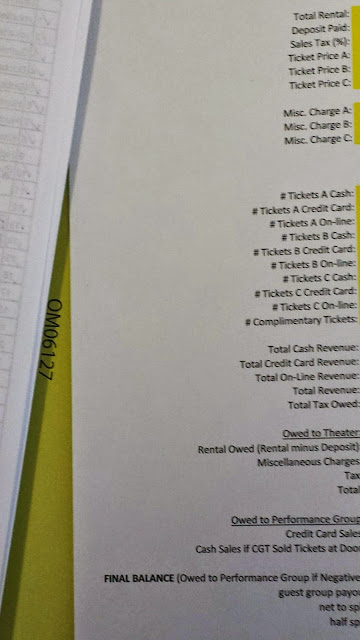 Posted by Devra Thomas at 6:59 AM No comments:

The Nature of Arts Ecosystems

When studying animal or botanical health, researchers generally talk about the health of the "ecosystem". Dictionary.com offers two definitions:

1. a system, or a group of interconnected elements, formed by the interaction of a community of organisms with their environment;

2. any system or network of interconnecting parts, as in a business.

"Ecosystem" is a relatively recent word, only dating to the 1930s. Before that, everything was just a "system": "an assemblage or combination of things or parts forming a complex or unitary whole."

Seeing an ecosystem-- interconnected elements/parts/organisms-- is challenging. In recent arts attendance research, barriers to attendance are discussed, but there is little evidence that any changes are being made by organizations with this new knowledge. The few that do make changes (I'm thinking specifically of Mixed Blood Theater's Radical Hospitality) are either derided as crazy or put in a corner for "safe viewing" by the establishment.

The elements are there, just no interconnections.

Even more so (or less so, I suppose) is the interconnections between art forms. On a local scale, my larger community has been known for decades for its music scene. It's odd when people are surprised that a North Carolina artist can win a Grammy and be hailed the next big thing when we've been turning out award-winning, boundary-pushing, musicians for... a century, probably, but since I'm not quite that old let's keep it to the mid 1960s when James Taylor (Chapel Hill, NC) came to prominence.*

But what has this art form to do with mine, theater? Or dance? Or the literary or visual arts? How are we connected? How do we influence each other? How are various artists commingling? How does the success of one art form locally influence the other forms? OR NOT?

In animal/botanical ecosystems, a lot is made of the fractal nature of the system: one smaller part looks like a larger part, ad infinitum. The way one tree's elements mimic the way the forest's elements work together. How a natural stasis driven by internal feedback loops will further the goal of the region's health.

Looking at the arts' health through a systems lens is very different than what most of the current conversation (i.e. money, either from public agencies or from audience members) asks. When former NEA Chair Rocco Landseman caused a furor by saying "maybe there are too many small theaters" he was looking at the situation from a systems viewpoint: reinforcing feedback loops of stranger and stranger art was driving audiences away.

The Culture Wars of the early 1990s were NOT a systems analysis, even if some of the critics wanted to portray funding as something that would increase the stock of "evil" art or the flow of youth to Satan.** That was simply a knee-jerk reaction that got blown way out of proportion.

I'm setting out to examine one element of my local Arts Ecosystem: the theater scene, how it came to be, and what our elements/interconnections/purpose AND events/behaviors/structure are. My hope is that by identifying how this system works (or doesn't), we can then see how the larger local arts ecosystem works (or doesn't) so that we can strengthen it, for both artists and audiences.

So forth and so on, ad infinitum.

*Please, send me other, older, diverse examples. I will update as necessary.
** Do remember, I am from Jesse Helms' home state.
Posted by Devra Thomas at 3:45 PM No comments:

4 Lessons for Building an Artistic Career

I got the unexpected chance to catch up with my college chums Jared Axelrod and JR Blackwell when they were back in NC for a weekend visit in Greensboro.

Jared and JR, in addition to being some of the coolest people ever and a very dynamic couple, are both professional artists. By professional, I mean they are earning a living from their art.* They were in Greensboro to talk about building artistic careers after graduating from college.

They had 4 main points, all of which I heartily agree with. They work for any artist regardless of discipline (JR is a photographer, Jared is a writer and comic book artist).

1. Don't be afraid of 30.
There is only way to gain experience in life: living it. Every year or decade brings with it innumerable opportunities to learn. Building a body of work takes time. JR quoted a colleague who said, "It takes 10 years of working and putting your art out there to get to the point where someone finally says, "Oh, I've heard of you.""

I would also add that 30 isn't the end, either, as every decade after that brings the same opportunities. As someone coming into their "life's work" on the other side of 30, even the circuitous path can be helpful in figuring things out.

3. Don't follow your muse cause your muse is lazy.
Jared said this one and I had to laugh because it is so true. Any artist has to plan the work and then actually do the work, rather than wait for inspiration to hit and the "perfect" art to happen. Jared talked about how he was on Draft 4 of his current novel and he edits every day in order for the work to be as great as possible. The end result will be amazing, but that's because he's put in the time and effort to make it so. Even the most successful theater has to put in the work on audience building and pushing artists every single day.

4. Don't get caught up in your first success.
Fail fast and often on the path to artistic sustainability. If an artistic idea doesn't pan out, or if it does but you don't feel like replicating it, that's fine. Learn from it and move on. I wrote about what is Failure really because too often we get stuck with a viewpoint of what is "right" or "wrong" or "success" when what is the crux of the matter is that we continue doing what we love and brings us joy. It may take a while to have this "pay off" (if ever, and that is a personal choice, too) but stopping creating because "it's not as good as the first one" will only mean you quit.

Jared and JR are brilliant people who have found their tribes and worked slowly and steadily to create their life doing what they love. Their work constantly inspires me to continue dreaming better ways to serve my artistic community. Decide on what art brings you the most joy to create and then imagine the happiest ultimate outcome from creation. Then go do it.

*As most artists at one point or another they've taken temp or tangentially related jobs.
Posted by Devra Thomas at 10:12 AM No comments:

Finishing up the reading! 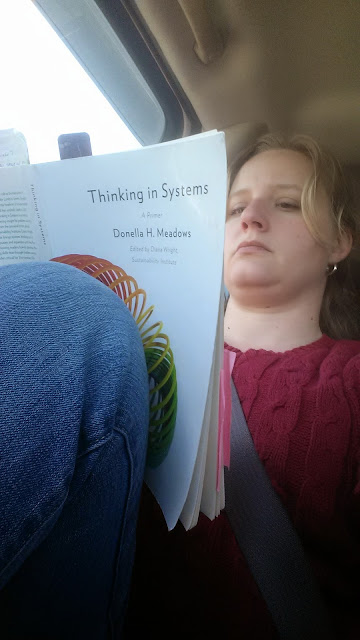 Posted by Devra Thomas at 1:00 PM No comments: